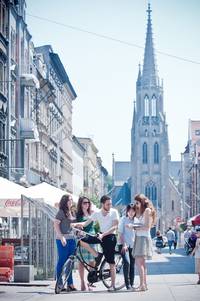 The province itself is situated in the mid-south of Poland, relatively close to the Czech and Slovak borders. The Province covers 12,300 km2 and it is inhabited by 4,8 million citizens. The area is also one of the greenest in Poland, although for years the economy of the region has been dominated by the coal and steel industries. Indeed, the Śląskie Voivodeship is an industrial region with mines, coal-heaps and factory chimneys. Nevertheless, it is known for its rich history, fine places of interest and local people's unusual hospitality. It is where the economy combines old traditions that still continue with the most modern technological advances. Nowadays, there are over 403 000 enterprises in the region, two special economic zones, and a lot of investments being implemented.

Śląskie Voivodeship comprises a variety of geographically diverse areas. In its stormy history it was a region of flourishing economy and a place where different cultures and traditions coexisted. Because of this geographical differentiation and rich cultural heritage it has become very attractive for tourists. 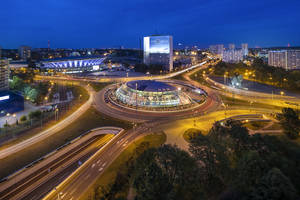 The region is also famed for active music events and art centers The Silesian Province is a meeting point of various nations, cultures and religions. In addition to that, the region is a forth research and university center in Poland with 25 universities and about 140 000 students.