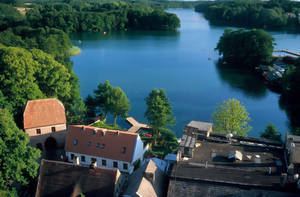 Poland is an ancient nation established as a state in 10 th century. Its history is turbulent and marked by involvement in numerous wars, victories and defeats, frequent changes of territory borders, loss of independence, communist regime, establishment of "Solidarity" and precipitating the fall of entire Communist block in Europe and eventually establishing a democratic Third Republic of Poland.
Over the past decade, Poland has developed into a modern, vibrant and progressive state, yet at the same time it maintains its traditional culture.

For many years Poland has been a bridge between the East and West. Set in the heart of Europe, Poland  is  known for its beautiful lakes, forests and mountains. A big part of the northern border is the sea border (the Baltic Sea). The climate in Poland is generally mild, although it is marked by relatively cold winters (- 10 Celsius) and hot summers (+ 25-35 Celsius). The coldest regions are the mountains in the north and the north-eastern areas in Poland and the warmest area is Silesia.

Its surface area amounts to 312 683 km2. Neighbouring countries are Germany to the west, the Czech Republic and  Slovakia to the south, and Lithuania, Ukraine, Belarussia and Russia to the east. With a population of 38.5 million Poland was in 2001 the 29th most populated country in the world. The main population concentrations are the industrial agglomerations of Katowice (about 4 million people), Warsaw (about 2.5 million), Gdansk and Poznan (about 1.5 million each). The least populated areas are the north-east and north-west farmlands. 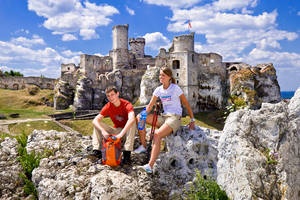 In Poland there is a heart-warming proverb all Poles take very seriously. It translates roughly into a guest in the  house is God in the house. That is why, regardless of where or how they live, Poles draw on their long tradition of Slavic Hospitality to welcome people from home and abroad with warmth and affection. Poland is a place where family values are still cherished highly and friendships last a lifetime. In spite of a turbulent history and the dramatic changes shaping Polish society today, Poles have vigorously maintained a distinct sense of culture and community.

Polish cities with a thousand-year history invite their visitors to encounters with culture, and Poland's villages and small-time towns offer the opportunity to get away from the bustle of modern life. And all this comes with a backdrop of breathtaking natural landscapes.