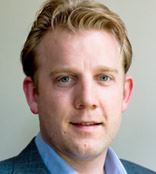 Edwin van Rest is founder and CEO of StudyPortals. Edwin has always been a true believer in the value of international experience: while studying a Masters in Industrial Engineering and Management Science at the Eindhoven University of Technology he also spent a year at Osaka University. He did internships at the Olympic Games: both in Athens and in Turin. Furthermore he was very active in the world of international study associations – where StudyPortals’ foundations lie. StudyPortals helps students worldwide to find and compare their education opportunities globally. Edwin’s expertise mainly lies in understanding student orientation needs, online technology and result-based recruitment for HEIs. He also has experience in management and organisation, as his team has grown to 60 staff members spanning three contintents. StudyPortals was awarded ‘most promising social start-up in the Netherlands’ in 2009, and it has rapidly developed a unique position in Europe in the number of study seekers and universities it serves. Edwin was awarded the EAIE Rising Star award in 2013.