On January 11, 2022, the entire academic community of UE Katowice celebrated the University Day. In keeping with tradition, during the ceremony diplomas were awarded to doctors and habilitated doctors, honorary professors and distinguished alumni. The 85th anniversary celebration was honored by a performance of the Alma Mater Choir, a multimedia exhibition and a short film entitled "Power of Unity".

The celebration began with a traditional "Gaudeamus Igitur" performed by the Choir of the University of Economics in Katowice and the national anthem. Then the Rector, Prof. Celina M. Olszak officially welcomed all the guests gathered in the Dr Józef Lisek Hall and delivered a speech.

"We are celebrating the Anniversary under the slogan "Power of Unity", which emphasizes that our strength comes from teamwork, dialogue, experience, skills of each of us and social responsibility. [...]

For the coming years, I wish our Alma Mater and all of us, to never forget what is most important in our endeavors. I hope that the University will stay true to its principles in future pursuits, while keeping in mind the most important value - people. I wish you all further success and growth, which we are sure achieve thanks to the "Power of Unity"". - said the Rector.

We were also glad to welcome honorary professors, promoted doctors and habilitated doctors with their families, as well as the University's alumni. Students of the University of Economics of the Third Age and the Children's Economic University also participated in the celebration.

Award of doctoral and habilitation diplomas 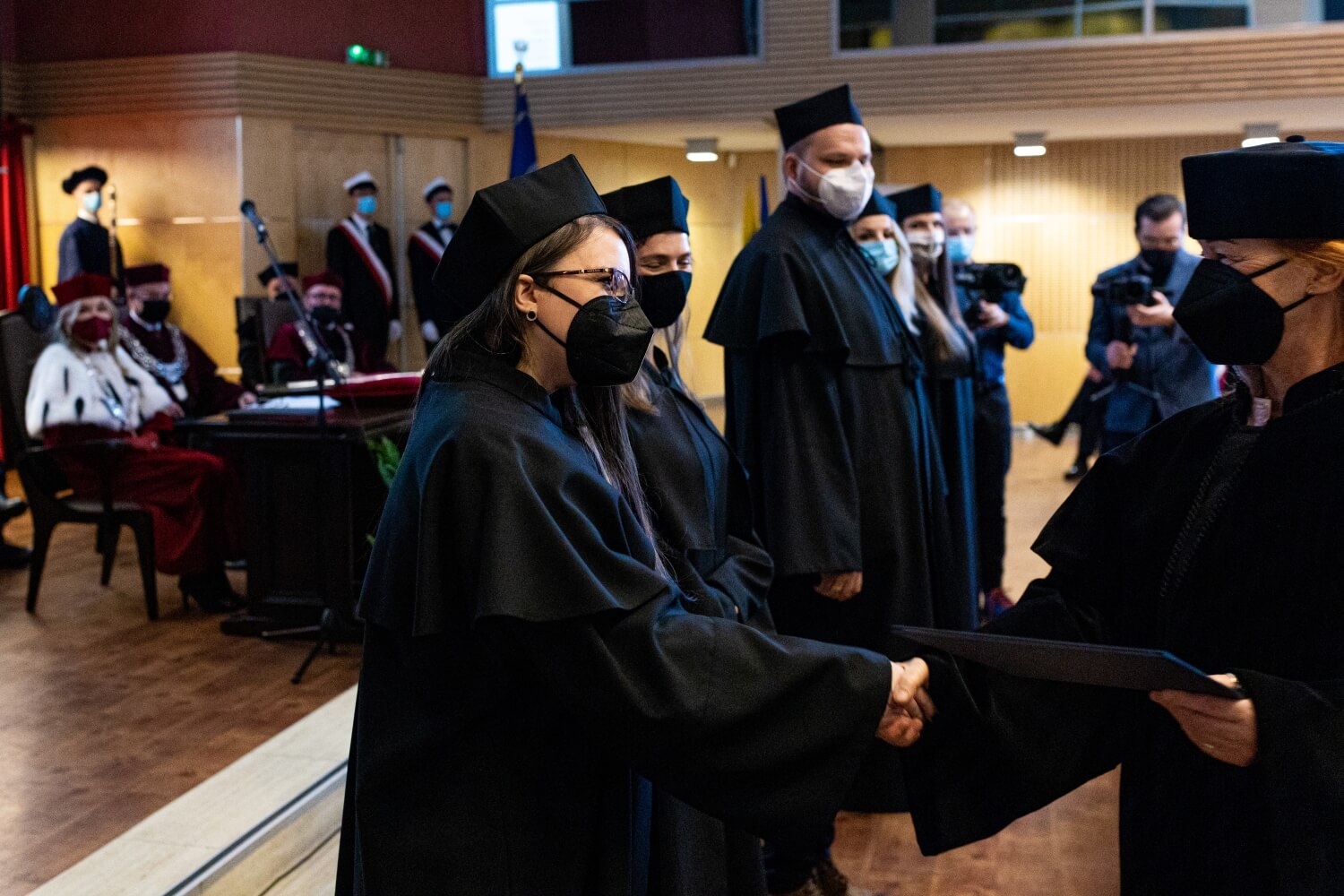 An important part of the University Day was the award of doctoral and habilitation diplomas. This part was conducted by the Vice-Rector for Science and Academic Staff Development, Prof. Maciej Nowak. Habilitation diplomas were handed out first, followed by doctoral diplomas.

At the end of this part, thanks on behalf of doctors and habilitated doctors were extended by Rafał Żelazny, Ph.D.

Conferment of the honorary professor titlea 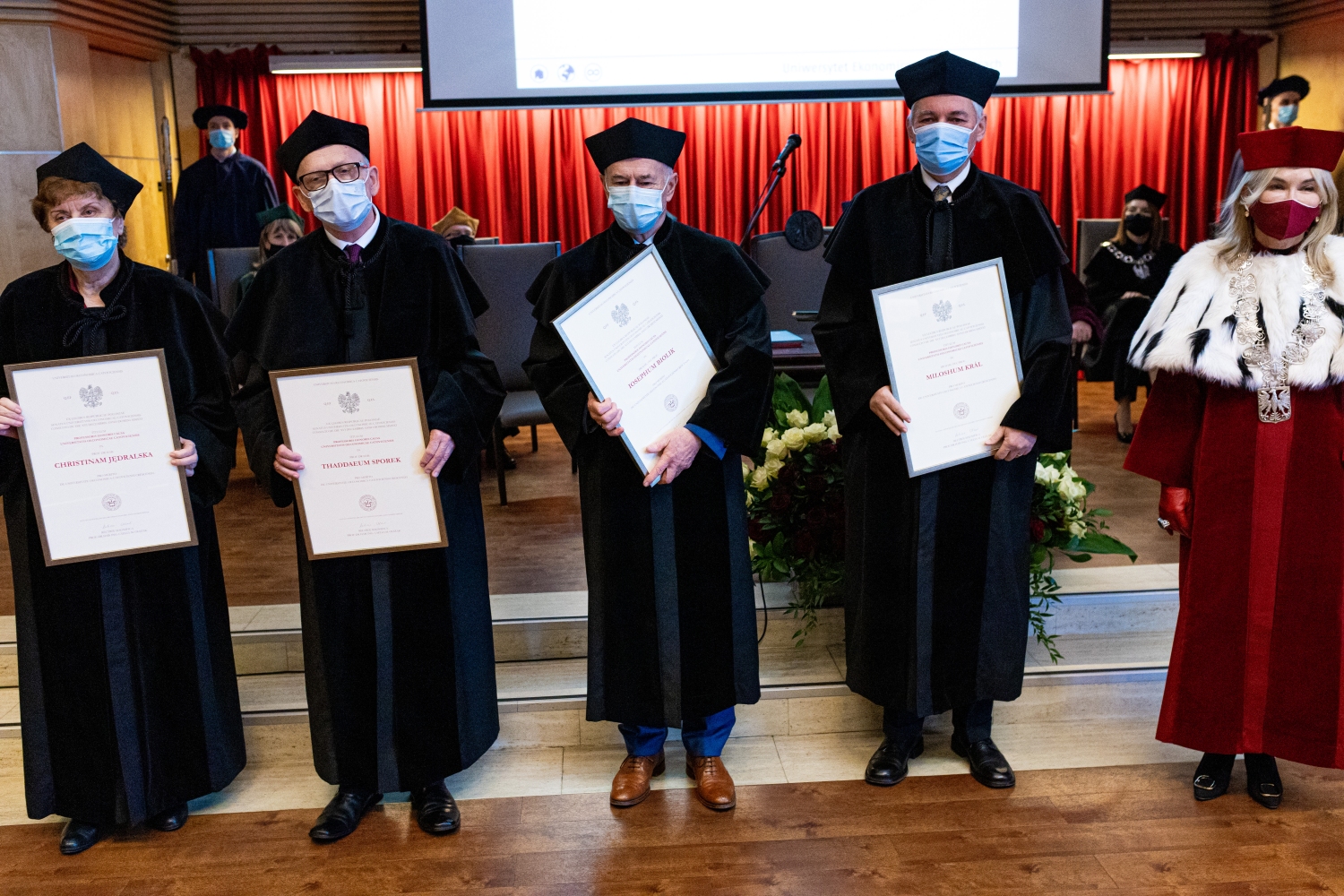 The University Day was also an opportunity to confer the title of Honorary Professor of the University of Economics in Katowice. Under the Senate's resolutions the title was awarded to:

The next stage of the ceremony was the awarding of statuettes to the winners of the first edition of the Outstanding Alumni of the University of Economics in Katowice Competition. This section of the event was hosted by the Vice-Rector for Development and Cooperation with External Environment, Prof. Robert Wolny, Ph.D. 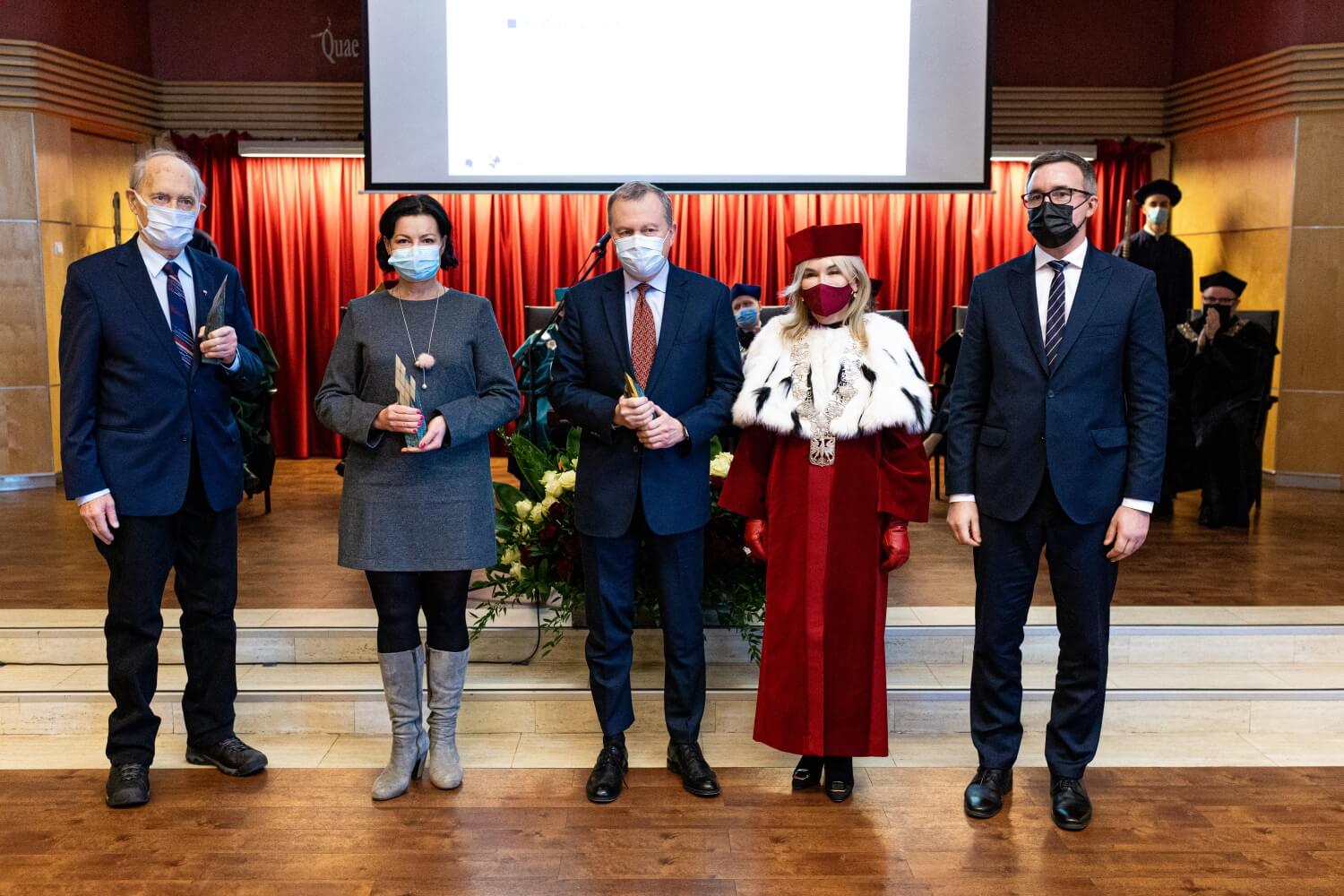 The winners of the first edition of the Competition were:

The statuettes were awarded by the Rector, assisted by the President of the Alumni Association "Collegium" Piotr Trząski.

During the University Day, guests had the opportunity to watch a multimedia exhibition and a film, prepared for the occasion of the University’s 85th anniversary.

The multimedia exhibition presents photos of students, employees, graduates and doctoral students of the University in University’s colors. The film complements the photo session and the exhibition prepared especially for the Anniversary.

See the multimedia exhibition The celebration ended with a cake and refreshments served in front of the Assembly Hall.

We invite you to see the photo gallery from the event: