Her Magnificence Rector and the Senate are pleased to invite you to the ceremony of awarding the title of doctor honoris causa of the University of Economics in Katowice to Professor Malay Ghosh. The ceremony will be conducted in English and will be held remotely on May 14, 2021 at 15:00 Central European Summer Time (GMT+2) - 9:00 AM Eastern Daylight Time (GMT-4). The event will be broadcast via: tv.ue.katowice.pl. 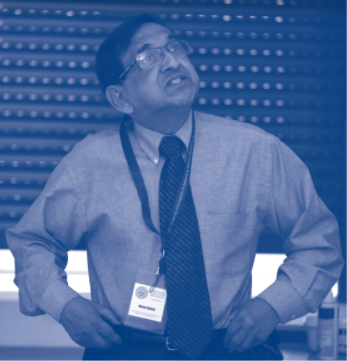 Professor has been holding various positions in worldwide journals, acting as an editor, an associated editor and a member of editorial boards. Professor Malay Ghosh has supervised 60 doctoral students, has served as a principal investigator on 30 grants, and has given over 250 invited lectures and presentations, being also a frequent guest at the Survey Sampling in Economic and Social Research conference organised regularly by the Department of Statistics at the University of Economics in Katowice.

Malay Ghosh is the co-author of two monographs, the co-editor of one monograph, and the author or co-author of over 300 papers, the majority of which have been published in the top-ranked statistics journals from the JCR list, including "The Annals of Statistics", "Journal of the American Statistical Association", "Journal of the Royal Statistical Society series B" and "American Statistician".

We encourage you to read the commemorative publication issued on the occasion of conferring the doctor honoris causa degree upon Professor Malay Ghosh.