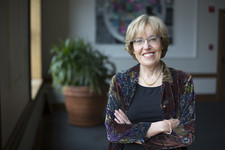 Prof. Halina Szejnwald Brown - Professor Emerita of Environmental Science and Policy at Clark University, a Fellow at Tellus Institute, and co-founder and board member of Sustainable Consumption Research and Action Initiative (SCORAI). With a doctoral degree in chemistry and toxicology, during the 1980s she directed the environmental health policy at the Massachusetts Department of Environmental Protection. Brown’s research and teaching covered numerous areas: risk assessment of environmental pollutants, environmental health policy, corporate environmental management, sustainability reporting, technological innovation, and socio-technical transitions. During the past decade she has been investigating the phenomenon of consumer society: its origins, structure, functioning, and politics; and pathways toward more sustainable lifestyles. Brown is a fellow of the International Society for Risk Analysis, a fellow of the American Association for the Advancement of Science, and a recipient of Lifetime Achievement Award from American Environmental Health and Science Foundation. Brown is a Chairperson of Citizens Commission on Energy in her home city of Newton, Massachusetts. She authored dozens of articles and four books. 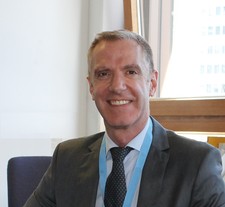 Miguel Feldmann - legal expert, working as adviser to the Portuguese Ombudsman, the national human rights institution in Portugal. He holds a degree in Law from the Faculty of Law of the Portuguese Catholic University (1992) and has advanced studies in European Law (1992) and in Development and Planning Law (2008). Miguel started his professional career as a Lawyer and was founding partner of the Macedo Vitorino & Associates Law Firm. He worked as legal adviser of the Secretary of State of Internal Administration (2009). In 2014/2015 Miguel was a fellow at the United Nations Office of the High Commissioner for Human Rights, in Geneva, where he got especially acquainted with the international human rights system (2014/2015). Miguel is particularly involved in human rights issues and frequently participates in international programs aimed at the strengthening of ombudsman intuitions and at the development of institutional cooperation. He is also part of the Portuguese National Preventive Mechanism against Torture.

mon Stellmaszyk - Advisor to the board of Polish Bank Association for international cooperation. Lawyer by education. Member of the committees on international affairs, communication and financial education in the European Banking Federation (EBF).